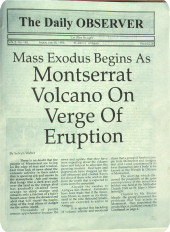 “Volcano threatens to erupt” was the newspaper headline greeting me as I arrived on Montserrat to participate in a biodiversity survey of what was thought to be a volcanically dormant island. I was close to the volcano when it first erupted and thought I was going to die: I decided my last act would be to photograph it. This talk explains how I survived and went on to witness the evacuations and the disruption to this idyllic island and its friendly people. Over a two-month period I saw the island transformed from a relaxed, beautiful Caribbean paradise into an evacuated and dangerous landscape. 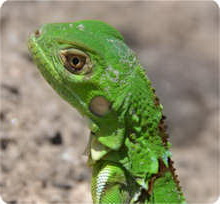 Meanwhile the surveying of the animals continued, but now with an added urgency. Catching fish eating bats and cute but noisy tree frogs was easy, but I was also trying to catch snakes with my bare hands... and the snakes were winning. See what it is like to monitor wildlife on an island (including tree frogs, lizards and bats) while a volcano rages, uncertainty reigns, and the population deal with the challenge.

This talk is very popular: it has drama and human interest, as well as giving insights into how a wild animal conservation project works.

( Click here for my follow up talk, when I returned to Montserrat to see how it's changed, and how it's dealing with the impacts.)

"We have had many excellent speakers come to our U3A and David is undoubtedly one of the best. David has a great talent for engaging the audience from the start with vivid and often humorous story telling which together with beautiful photography illustrates his adventures and experiences so well. His lecture entitled Surviving Montserrat describes the unique experience of a geologist unexpectedly being there for the eruption and the amazing events that followed. We will definitely have David back and look forward to one of my many other talks."
Elizabeth Formstone, Barnard Castle U3A

I was interviewed by Sandi Toksvig on Radio 4's 'Excess Baggage' travel programme. Listen to part of it here

I returned to Montserrat to see how the island has adjusted to the events I witnessed. Details of this new talk here. 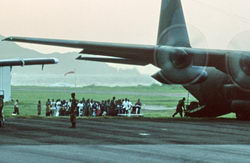 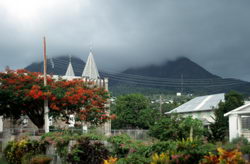