Famine and infectious disease on the move

COP26 provides an opportunity for organisations to share their research. The World health Organisation pavilion run some very interesting talks, all with a climate change twist. This afternoon's shared virtual input from contributors around the world to the USAID programme operating in Ethiopia and the Pacific islands . 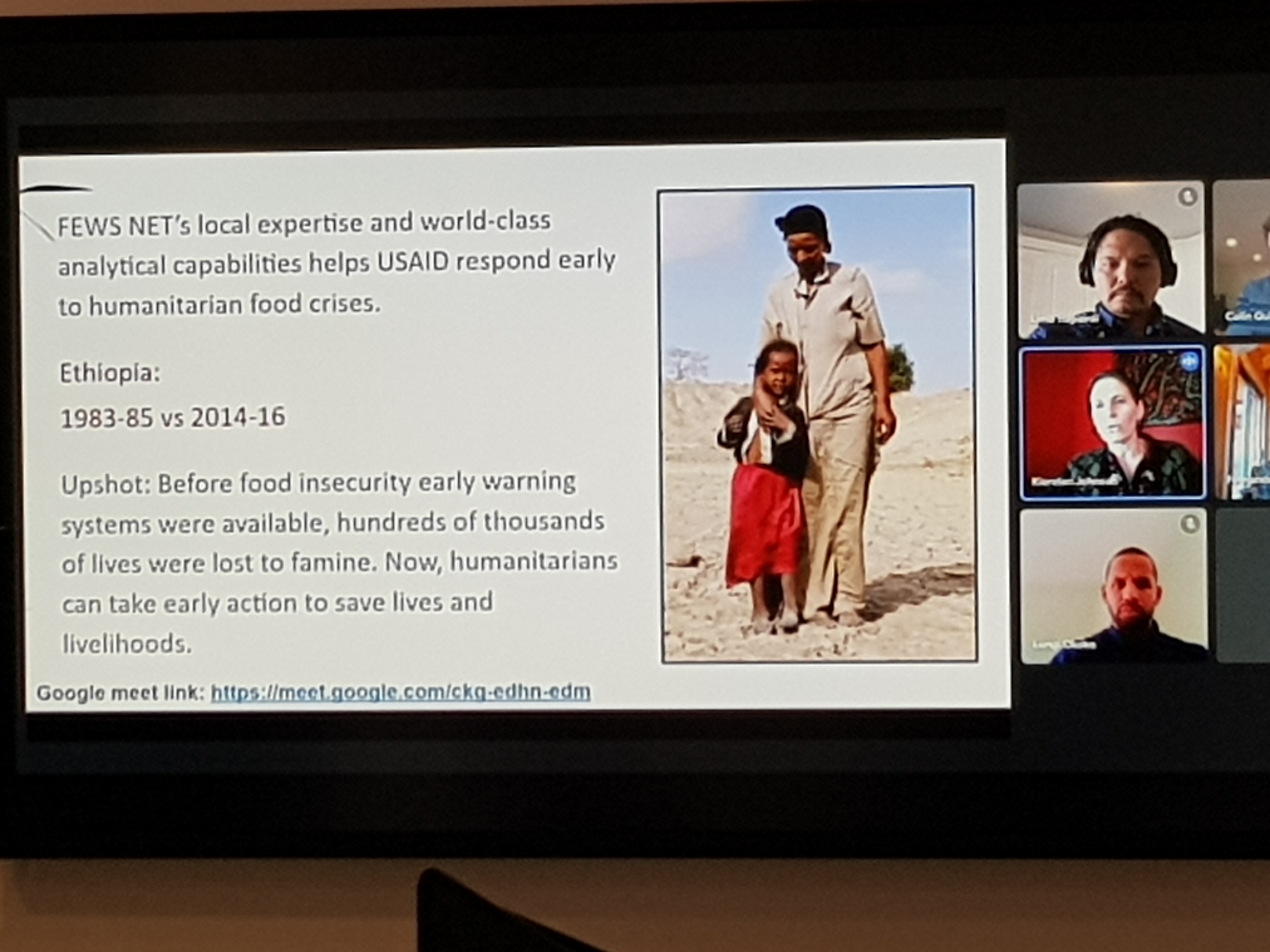 Their M-DIVE programme (Malaria Data Integration and Visualization for Eradication) is a malaria early warning system trialled in Ethiopia. With a population of 103 million it is the second most populous country in Africa, and has a varied topography: it's highest peak being 4,533m. So already there is a wide climate regime but climate change layered on top of that can make predicting possible malaria hotspots tricky. The aim is to be able to move test kits and medicine to areas that are expected to see an upsurge in cases, thus attacking outbreaks fast before they can spread too far. The lessons learned are hoped to be applied in 27 other countries. Of course the approach could be expanded for other diseases such as dengue fever in micronesia and the Marshall Island states. This geographical area is regarded as the canary in the coalmine for climate change. By looking at climate/human/malaria interactions e.g. temperature and hospital records, with the involvement of local stakeholders, it is hoped to improve health outcomes. FEWS NET (Famine Early Warning System) is using similar tools to produce forecasts up to 8 months in advance of populations needing emergency food assistance.


This is just one of the stories from my environmental talks