Some thoughts on what COP26 achieved


So, the dust has settled. What did COP26 achieve? Was it worth the expense and upheaval?

Couldn’t it have been done online?

In the time of Covid, did nations need to meet in person? Yes. COP negotiations are such an intense process, where there is scope to be influenced from lots of directions, that it would be hard to manage a Teams meeting of nearly 200 nations across multiple time zones. Side deals, informal bartering, and countries forming little ad hoc negotiating blocs and alliances would be hard to achieve: communication lies at the heart of negotiating. You really do need that personal engagement, as this was a conference designed to turn words into actions. Then there’s all the associated people, like interpreters, observers, researchers, press… And there were a LOT of people, 27% more than COP25. It was also the most high-profile COP, reflected in a 232% increase in the number of media organisations (and consequent 75% increase in media people). There were 90% more Party participants and 74% more NGOs were accredited (leading to 60% more NGO participants). These numbers were used by the UK presidency to proclaim this was “the most inclusive COP ever”, while many observers branded it the most exclusionary ever. The COP could only provide meeting access for 10,000 attendees out of the nearly 40,000 who came. As Tracy Bach, chair of the Research and Independent NGOs constituency pointed out: “You can’t invite more people than you can include, so this COP is not inclusive”. And that’s before we get to the marginalisation of indigenous peoples, who demanded a greater voice as those who are at the frontline of climate impacts.

Did it achieve anything?

The mantra was to “keep 1.5°C alive”. Is that goal to keep warming down to that level alive (when we’re already at 1.2°C)? A tentative yes, but it’s on life support. The hope is that agreements thrashed out at this COP can then be fleshed out at COP27 in Egypt next year. Critics would argue it’s just more kicking the can down the road, like every COP since 1995. The curve of greenhouse gas emissions appears to smoothly increase since then so it could be argued the COPs have achieved nothing. Some studies have suggested though that temperature would be 0.2°C higher now without them. Even if temperature increase is kept to 1.5°C (and that would require the world to reduce emissions by 45% by 2030: a big ask considering they’re currently predicted to rise by 16% by 2030) we are already experiencing impacts (small island states particularly so: they’re the ‘canaries in the coalmine’ at the frontline of climate change) and there are other impacts already ‘baked in’ as carbon dioxide resides in the atmosphere for many decades (and of course is also absorbed by the oceans and we’re seeing impacts there due to dissolved carbon dioxide acidifying them). One major achievement was for the first time the agreement discusses phasing out coal and reducing fossil fuel subsidies. After the COP it’s estimated we are on track for 1.8°C to 2.4°C of global warming by 2100. It was either a good or bad COP depending on who you spoke to. Many countries bitterly accepted compromises for the sake of progress, and delegates often found something that disappointed them as well as something that pleased them, so there is no simple answer to the question “was COP26 a success?”

The developed nations control the agenda

It was fitting this COP was held in Glasgow, the birthplace of James Watt, whose invention of the steam engine started the process of altering the atmosphere’s chemistry and leading to a huge rise in wealth for the North. Glasgow also hugely profited from the trade in goods produced on slave plantations, an irony not lost on the indigenous peoples asking for “loss and damage” reparations as the wealth producing actions of the North not only resulted in an onslaught on indigenous people’s rights but also they are disproportionately bearing the climate change impacts. Colonialism was a very valid topic to raise by the activists. Developed nations (who have become hugely wealthy by polluting the atmosphere) resisted signing up to loss and damage pledges as they feared it would leave them open to further compensation lawsuits. This could be paraphrased as “We’ve made lots of money despoiling the environment, and we don’t want to give any of it to those who suffered, are suffering, and will suffer the most as a consequence of our actions”. Unfortunately, the developed nations are setting the agenda because they control the vast majority of global wealth and the communication platforms, even though they will be impacted the least and have better resources to adapt. 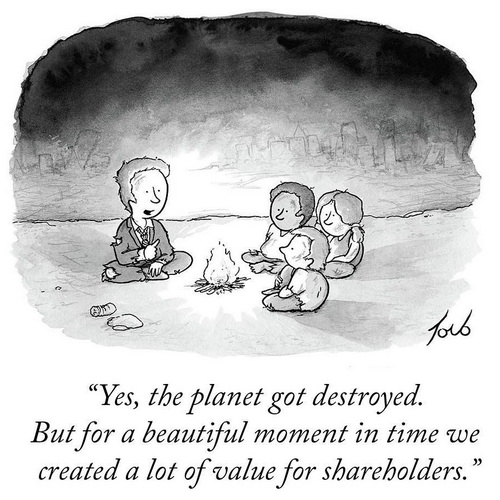 The largest single grouping of attendees was the fossil fuel industry (503). Were they hoping to lobby for a watered-down agreement, or trying to ensure they had a voice in the transition away from fossil fuels? On the demonstration on the middle Saturday I’d seen banners saying “uproot the system”, implying radical change is needed. This is an easy call to make if you only have a small stake in society. For the millions of householders who need to pay their bills and ensure they can get to work and heat their homes, they can’t manage a sudden collapse of the system. A sudden upheaval in the system has the potential to affect the pensions that older people have worked hard for. It’s easy to say we should stop using fossil fuels immediately but there would be riots: history shows us that energy shortages cause civil unrest and sometimes regime change. It does take time to transition from fossil fuels, whether we like it or not. This also brings up the topic of a “just transition” i.e. ensuring that as jobs are lost in the fossil fuel sector, there is adequate training for the new, green, jobs that will replace them so that communities whose livelihoods are based on resource exploitation don’t suffer: think of the impacts in the UK caused by the winding down of the coal industry with little help to train for the post coal world. Any decisions made at the COP impact people, and the activists inside and outside the COP helped put a human face on the deliberations.

A COP is also partly a performance. I’ve written elsewhere of the performative nature of UK presidency events at COP26. It really struck me at an ‘informal stocktaking plenary’. The EU negotiator Frans Timmermans showed a picture of his 1-year-old grandson and made an impassioned plea worthy of an activist to do whatever needed to be done to protect those already suffering as well as future generations, despite the fact the EU is a long way off weaning itself off coal. Alok Sharma had pointed out that time was pressing and as he opened up the meeting to the floor, he only wanted interventions (i.e. comments from country delegations) that were practical and would advance negotiations. The Russian Federation immediately jumped in and talked a lot but said nothing and I suspect that was posturing to look good for the benefit of the domestic media back in Russia. Saudi Arabia were dour and negative, as usual. John Kerry for the US gave an excellent, hard-hitting speech about the dangers and what needed to be done, but again their position in negotiations didn’t match the rhetoric: but it will look good on TV. It was left to small island states to make interventions where what they said matched what they wanted to achieve because for them this is really critical, in a way it isn’t for rich nations that have the money to insulate themselves to some extent from the worst impacts. These disconnects led a delegate from a climate-vulnerable nation to accuse richer countries of “speaking from two sides of their mouths: they make flashy announcements with no accountability, then they sit in the finance room and say there’s nothing more they can possibly do.”

As Niels Bohr pointed out “Prediction is very difficult, especially about the future” but I think there are some things we can be confident of. To stay within 1.5°C we need to end all fossil fuel use now. That clearly isn’t going to happen. “Net zero” by 2050 is too late. It’s the equivalent of an alcoholic claiming he’ll save his liver by drinking heavily for the next 30 years and then totally stopping. India’s pledge to be net zero in 2070 is waaay to late but it was praised as at least India making a pledge for the first time. That counts as progress at these meetings, that’s how finely hairs are split and language pored over. Words like “urges”, “pledges”, “mandates”, “decides” are chosen very carefully as they are freighted with huge ramifications and interpretations. No words in a COP agreement are reached for casually as they will immediately be put under the microscope.

Developing countries with high energy needs and lots of coal are not going to want to be told they can’t use it. They want to give their people the quality of life that developed nations have had for decades, but that takes energy use. That’s why it’s important to have a fund to help them leapfrog the developed economies’ dirty, but profitable, fossil fuelled phase and jump straight to clean technologies. Countries like Saudi Arabia have frittered away huge amounts of money from their oil and gas production and have used it to placate society by making its citizens wealthy. Saudi Arabia has no incentive to stop oil production because it will destabilise their society and they haven’t invested in a future transition away from it. They therefore tend to be unhelpful at COPs, even though they are contributing to climate change that due to temperature increases and water shortages, will make living in Saudi Arabia extremely challenging this century.

For all its barriers to inclusivity, this COP did countenance some input from indigenous peoples and wider civil society. They made plain that the COP has not done enough and will continue to put pressure on future COPs and governments. The publicity for COP26 has been unprecedented and I think has raised the profile of these meetings so much that future COPs will be under more pressure to deliver. Politicians meanwhile, are being sent clear signals from their voters that they perceive climate change to be important and they want to see leadership. As I mentioned in my Ipsos Mori survey blog post, politicians don’t need to ask permission to do things of benefit to the environment: civil society is ready to accept such initiatives. Sadiq Khan, for example, didn’t need to hold a referendum to get approval for his Ultra Low Emission Zone: people want a cleaner, better environment. What does need to happen is that the conversation needs to be broadened so it's not dominated by predominantly white rich countries who can communicate in English. I couldn’t help but notice that if you couldn’t speak English you were immediately disadvantaged in sharing concerns or being heard. We need to hear more from the developing countries and indigenous peoples: this is literally a life and death issue for them and they need to see action quickly rather than endless talk.


School report conclusion for pupil COP26: tried hard but needs to do better.